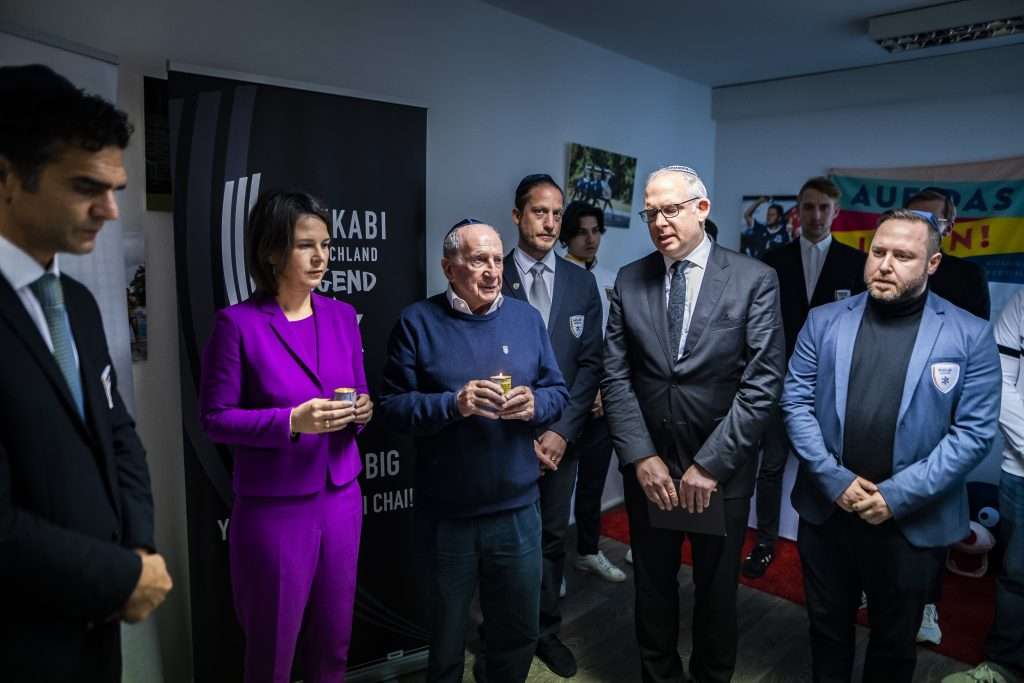 Today Federal Foreign Minister Annalena Baerbock visited us in our Berlin office. Today's 84th anniversary of the Night of Broken Glass was about commemorating the horrors of the past together, talking about anti-Semitism in our society and on our sports fields, but also looking ahead together, how we can create a better present and future without racism [...] 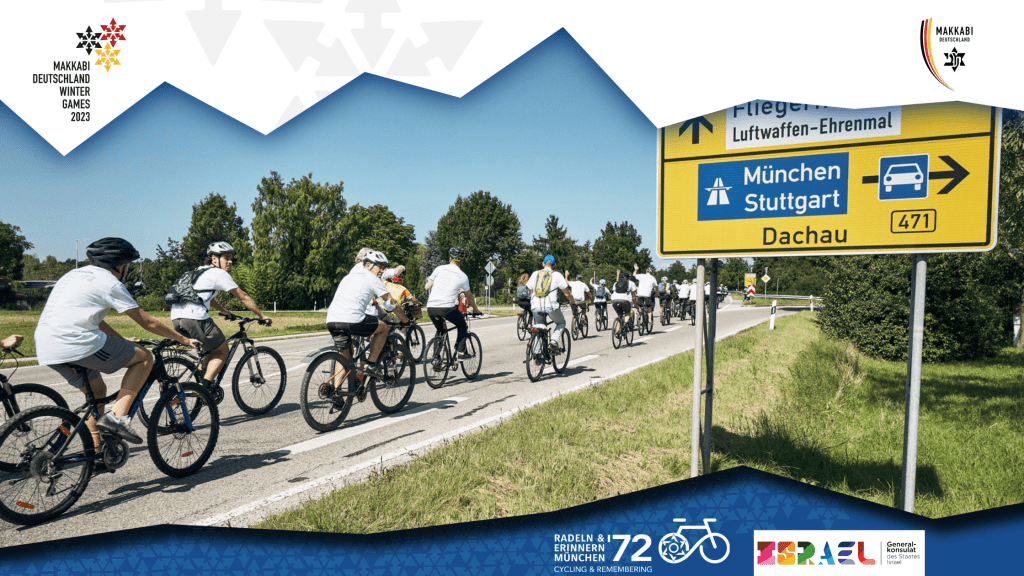 It's been half a century now. September 05th marks the anniversary of the terrible anti-Semitic attack at the Olympic Games in Munich, in which the Palestinian terrorist organization "Black September" murdered 11 Israeli athletes and a German police officer after a hostage-taking. 50 years later, on 04.09. The Israeli Consulate General for Southern Germany (@israelinmunich) invites you to the big bike tour "Cycling [...] 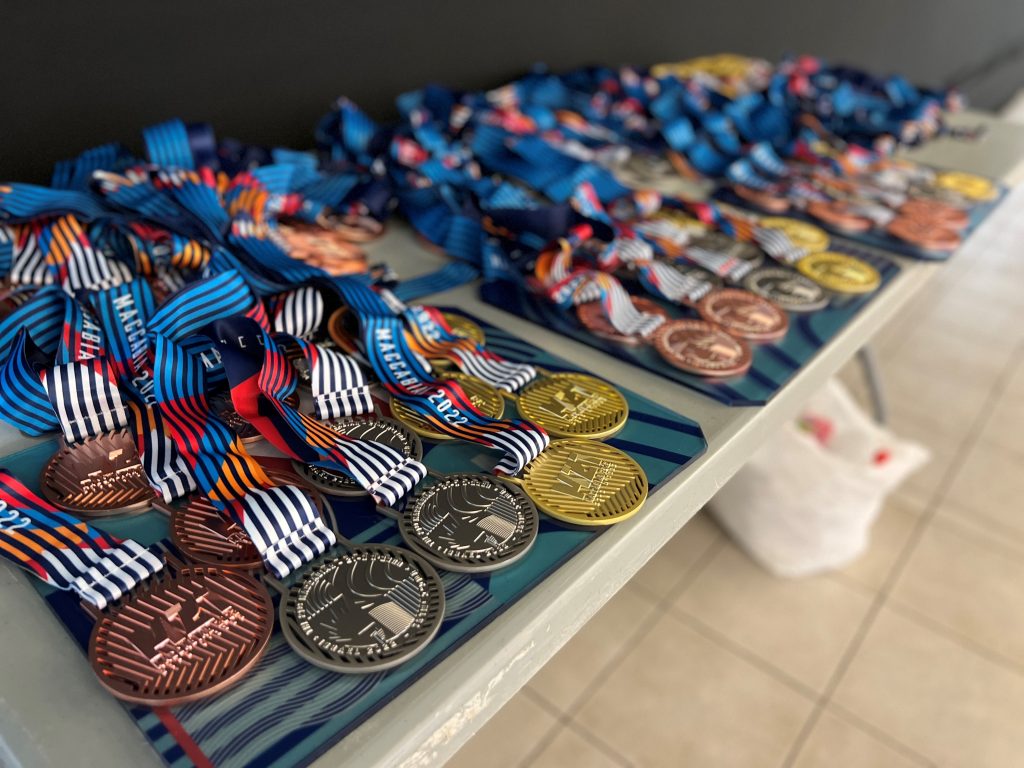 The German-Jewish Maccabi World Games, the Maccabiah, took place in Israel from July 12th to 26.07.2022th, 10.000. Over 40 athletes competed against each other in 27 sports in the Juniors, Open and Masters age groups. Thanks to intensive preparation - 2022 training courses alone in the calendar year 236 - and a concluding precamp immediately before the start of the Maccabiah, MAKKABI Germany was able to [...]

MAKKABI commemorates the victims of the Munich Olympic attack 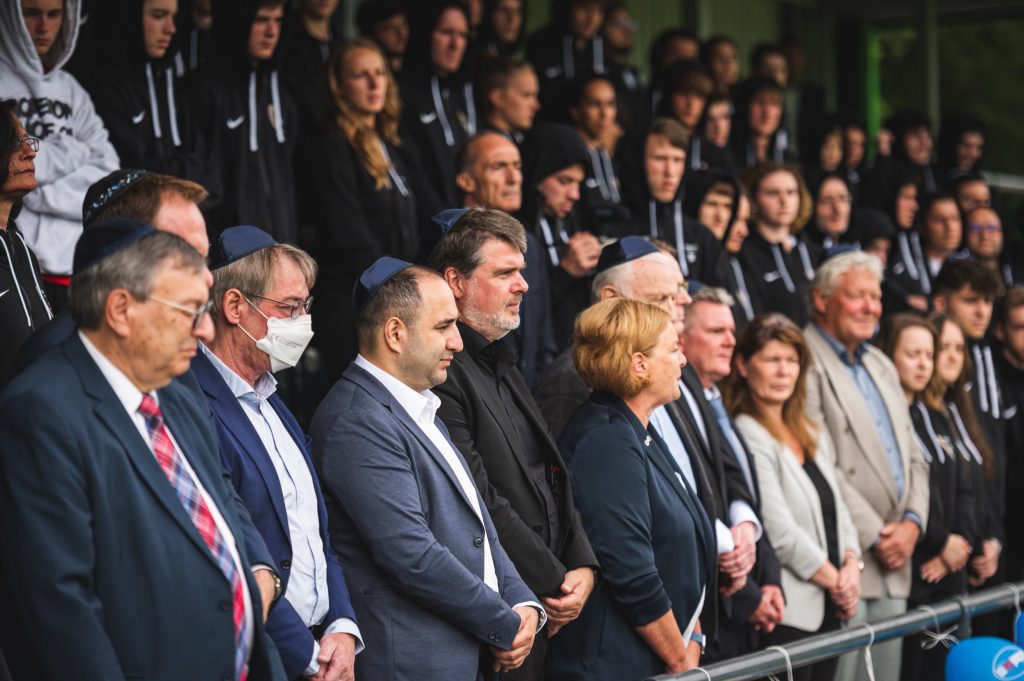 50 years ago there was a terrible terrorist attack on the Israeli Olympic team in Munich (1972). Eleven Israeli athletes were kidnapped and taken hostage by Palestinian terrorists. The terrorists demanded the release of 232 Palestinian criminals from Israeli prisons, as well as the German RAF terrorists Andreas Baader and Ulrike Meinhof. After several failed attempts to negotiate, the […] 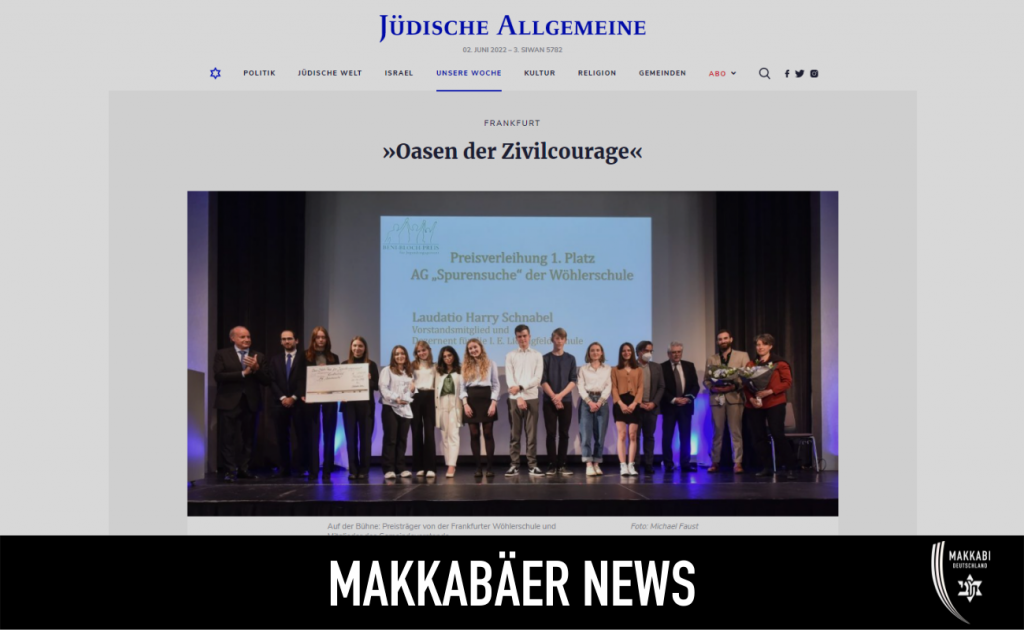 On Monday, May 02.05.2022nd, 2019, the Beni Bloch Prize, named after the longstanding ZWST director and longtime community board member, who died in XNUMX, was awarded. This year, the Jewish community in Frankfurt awarded the prize to student projects that took a special stand against anti-Semitism and racism. Our Maccabees and board member of the MDJ Noam Petri received second prize for his […]

We have new offices!!! 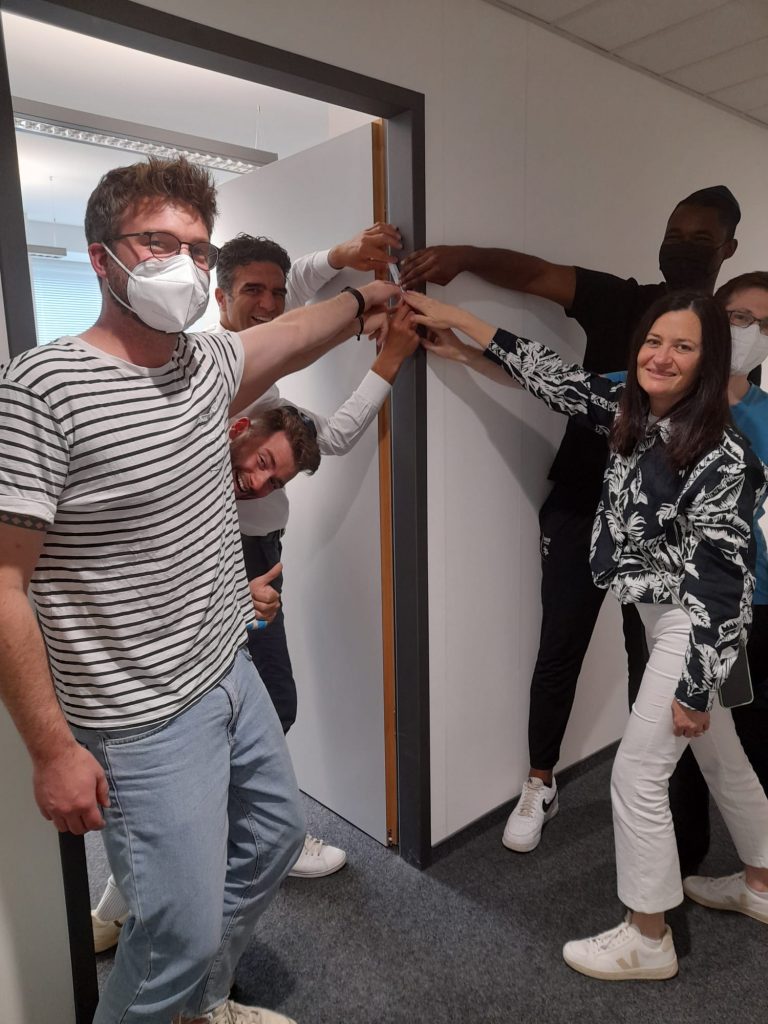 MAKKABI Germany is growing and growing: Not only is our number of high-performing members growing steadily, but so is our office team! As a result, we were now able to move into additional office space in the German Olympic Sports Confederation and of course the blessing of the Mezuzah should not be missing. 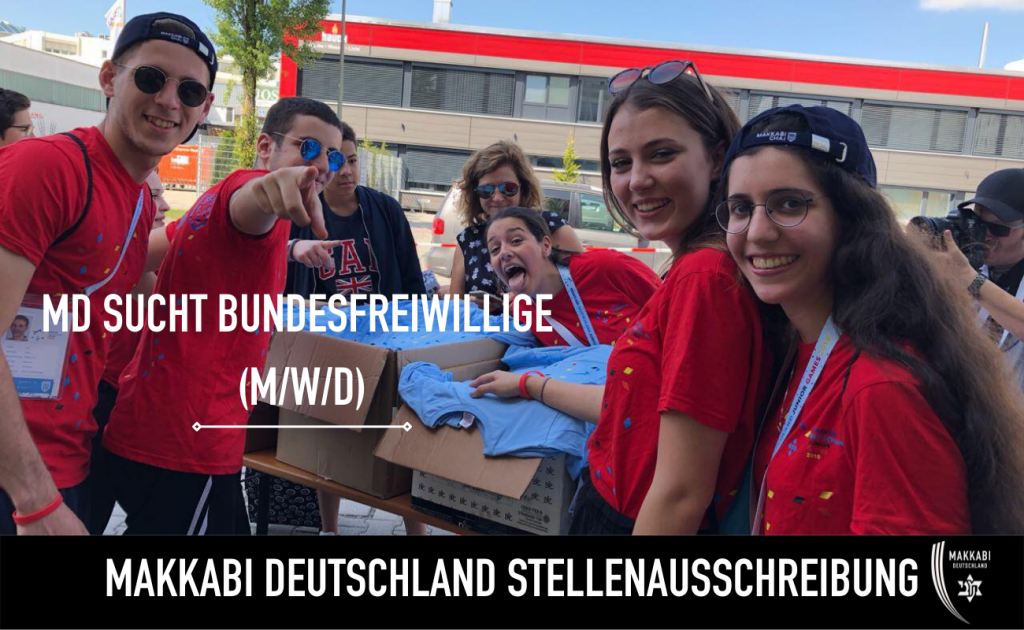 MAKKABI Germany e. V. is looking for the office in Frankfurt a. M. from September 01.09.2022st, XNUMX The BFD in Sport is an education and orientation year that is accompanied by pedagogy and opens up spaces for volunteers to experience. The focus is on the acquisition of personal skills and sports licenses as well as career and commitment orientation. Here you will learn new skills and gain experience […] 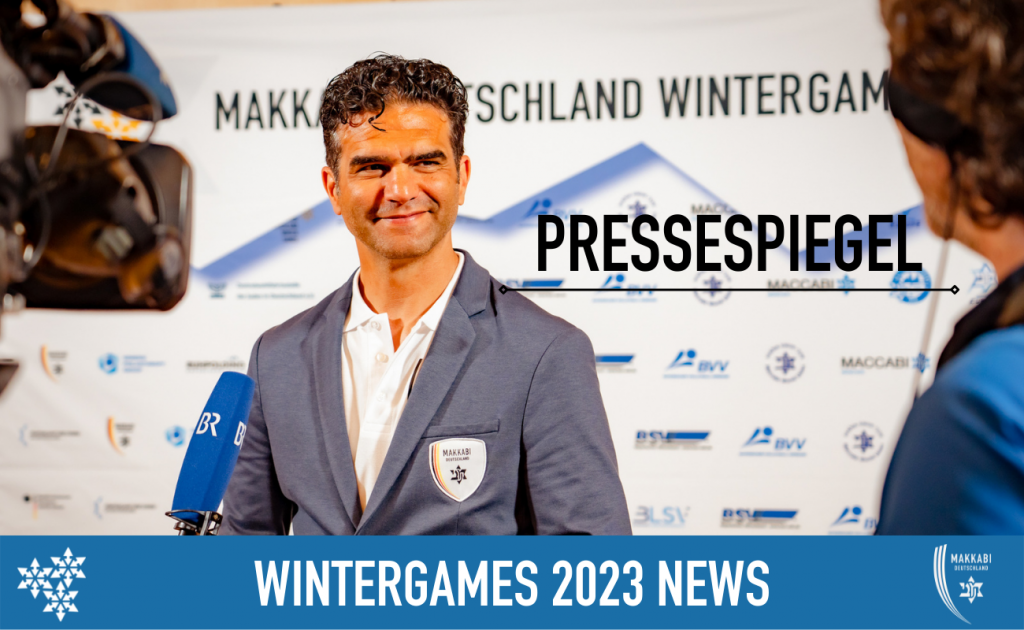 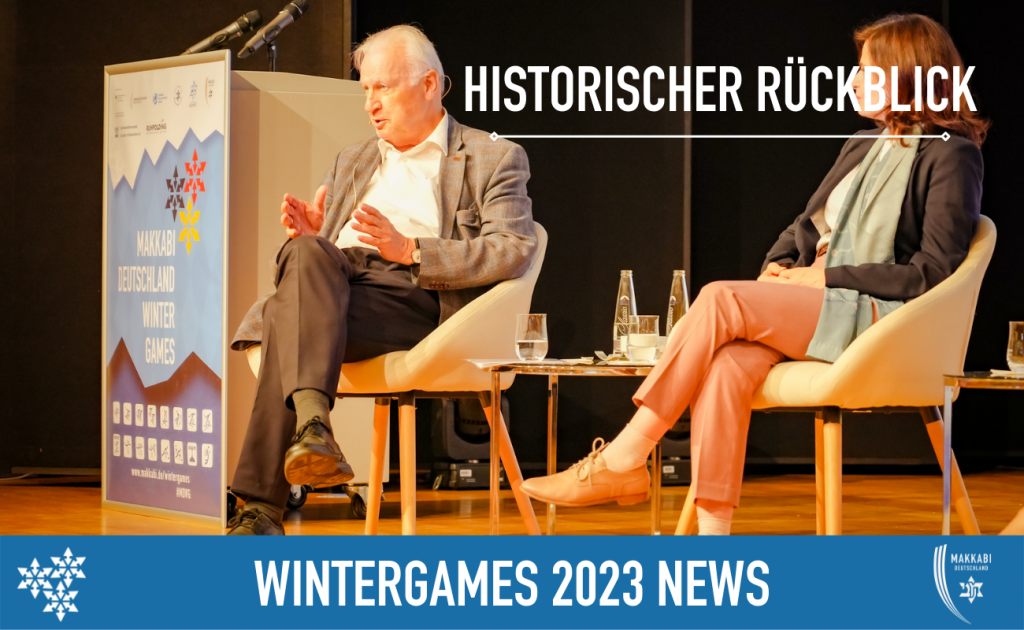 Makkabi Germany Winter Games 2023 Media Kick-Off, Munich, Jewish Community Center, May 17, 2022 Historical Review Prof. Dr. Manfred Lämmer Ladies and gentlemen, most of you will certainly have difficulty making a connection between the Maccabi movement and winter sports. You probably associate Maccabiah, which has been taking place in Israel since 1932, with […]