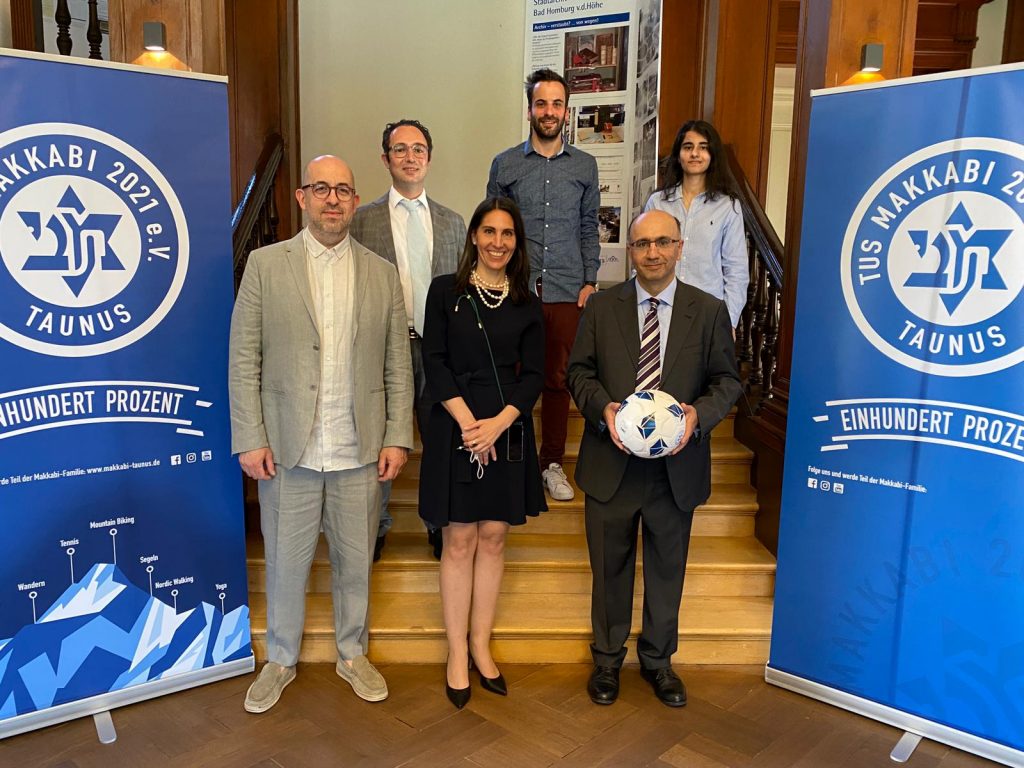 Since yesterday we have a brand new local association: MAKKABI Taunus has joined our family. The latest MAKKABI association was founded in Bad Hamburg with the participation of District Administrator Ulrich Krebs, Lord Mayor Alexander Hetjes and Mayor Meinhard Matern. But not only that: the founding of the synagogue and the reestablishment of the mikveh can also be celebrated! The perfect way […] 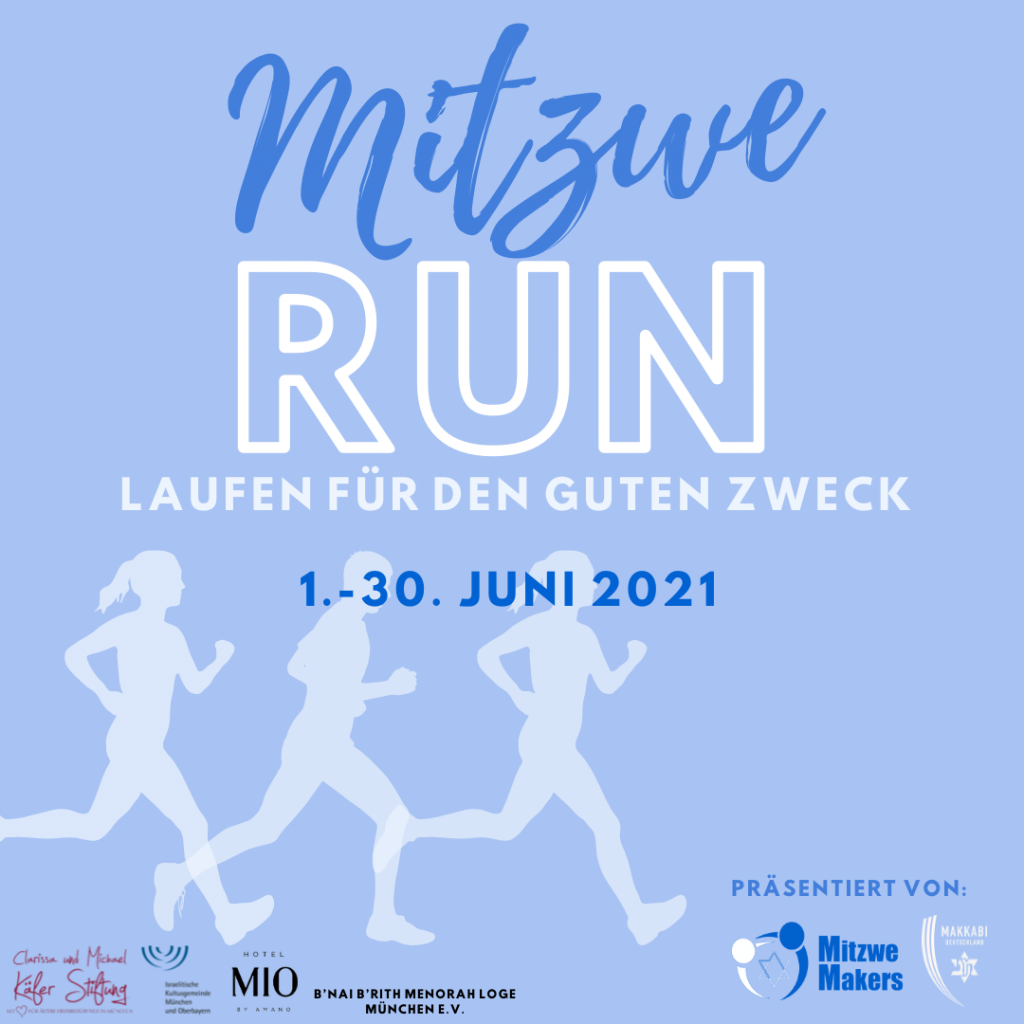 We support the MitzweMakers in this year's Mitzwe Run! Since major city runs are canceled this year due to Corona, they have come up with something special: The Mitzvah Run will take place virtually in 2021! So a digital alternative that doesn't stop us from running and collecting donations. For every kilometer run, the AMCHA […] 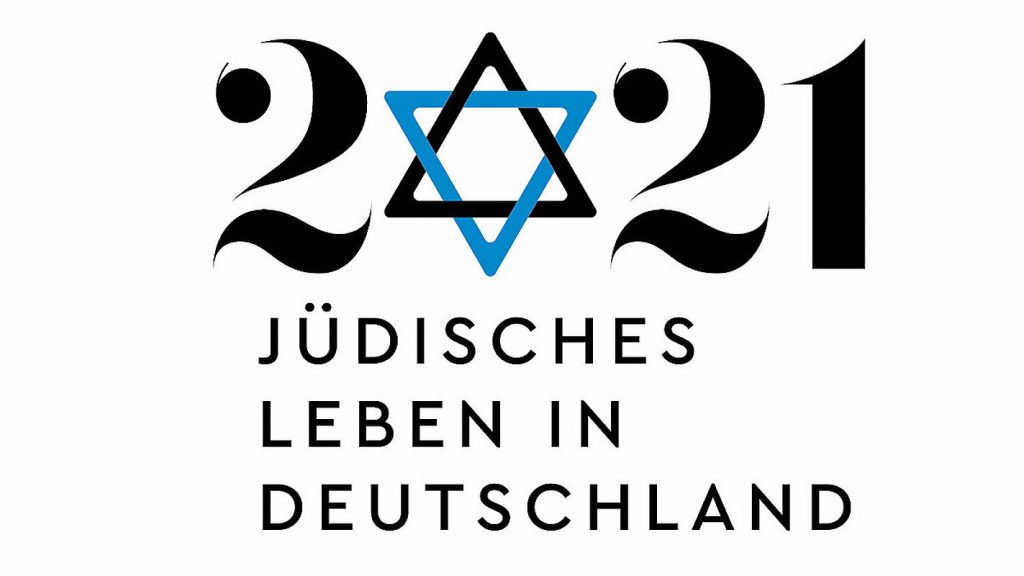 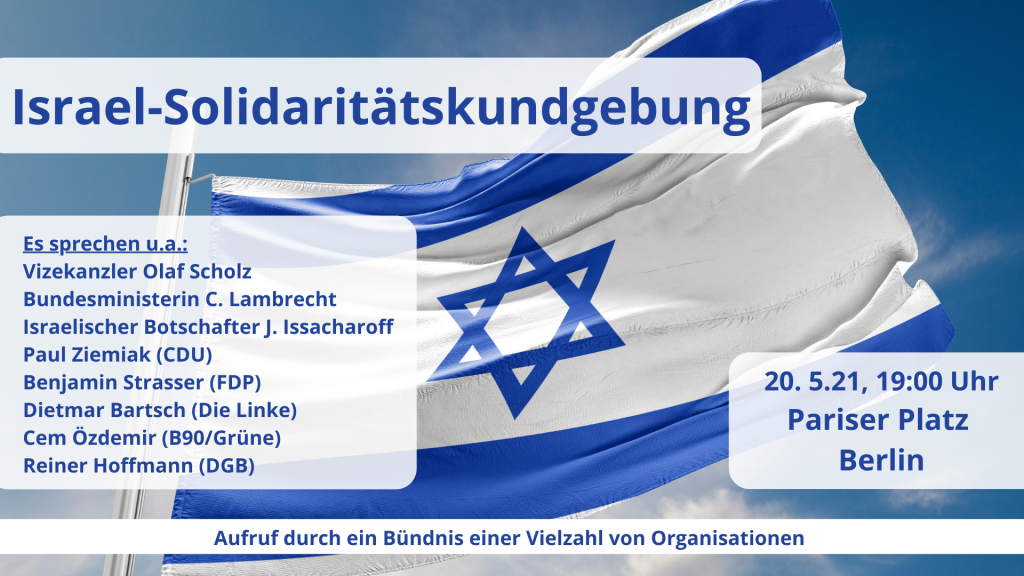 We are dismayed at the escalation of violence in Israel these days. Hamas' aggression is not only having an effect in the Middle East and has already cost the lives of numerous people on both sides. There have also been serious anti-Semitic attacks in Germany in recent days. The security situation for Israeli and Jewish people has […] 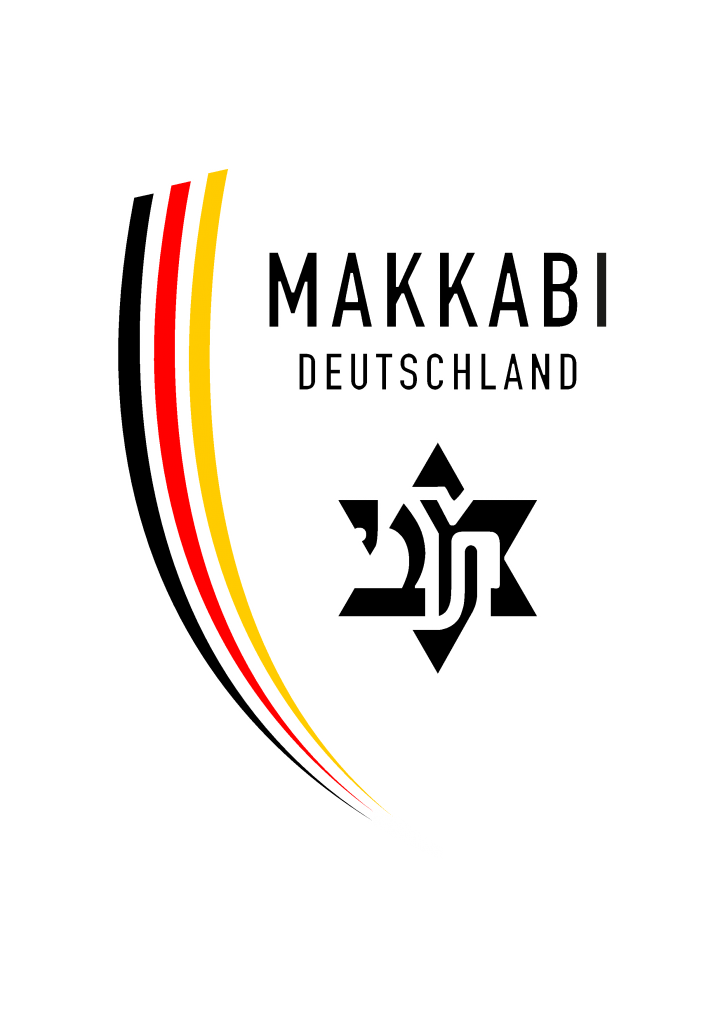 “It has become even more aggressive and worse, our members are getting scared. We have to keep raising awareness, but that's swimming against the tide.” This is how our President Alon Meyer commented on the violence in the Middle East that was spilling over into Germany. In this country, too, Jews no longer feel safe, because they involuntarily become speakers […] 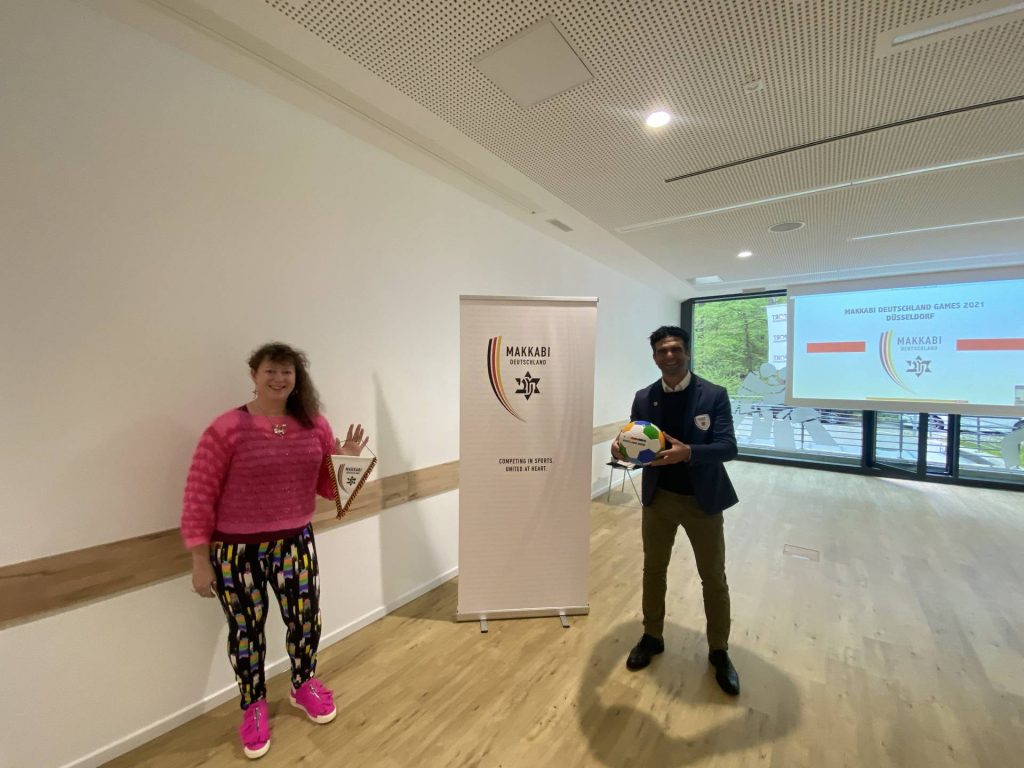 Last Tuesday, May 11.5.2021th, XNUMX, our Frankfurt office was able to receive a distinguished visitor: Andrea Milz, State Secretary for Sport and Volunteering of the State of North Rhine-Westphalia. The main reason for their visit was of course THE sports highlight of the year: the MAKKABI Germany Games in Düsseldorf! She followed the remarks of our President Alon Meyer and the presentation of the head of the organizing committee, Alex Bondarenko, with […] 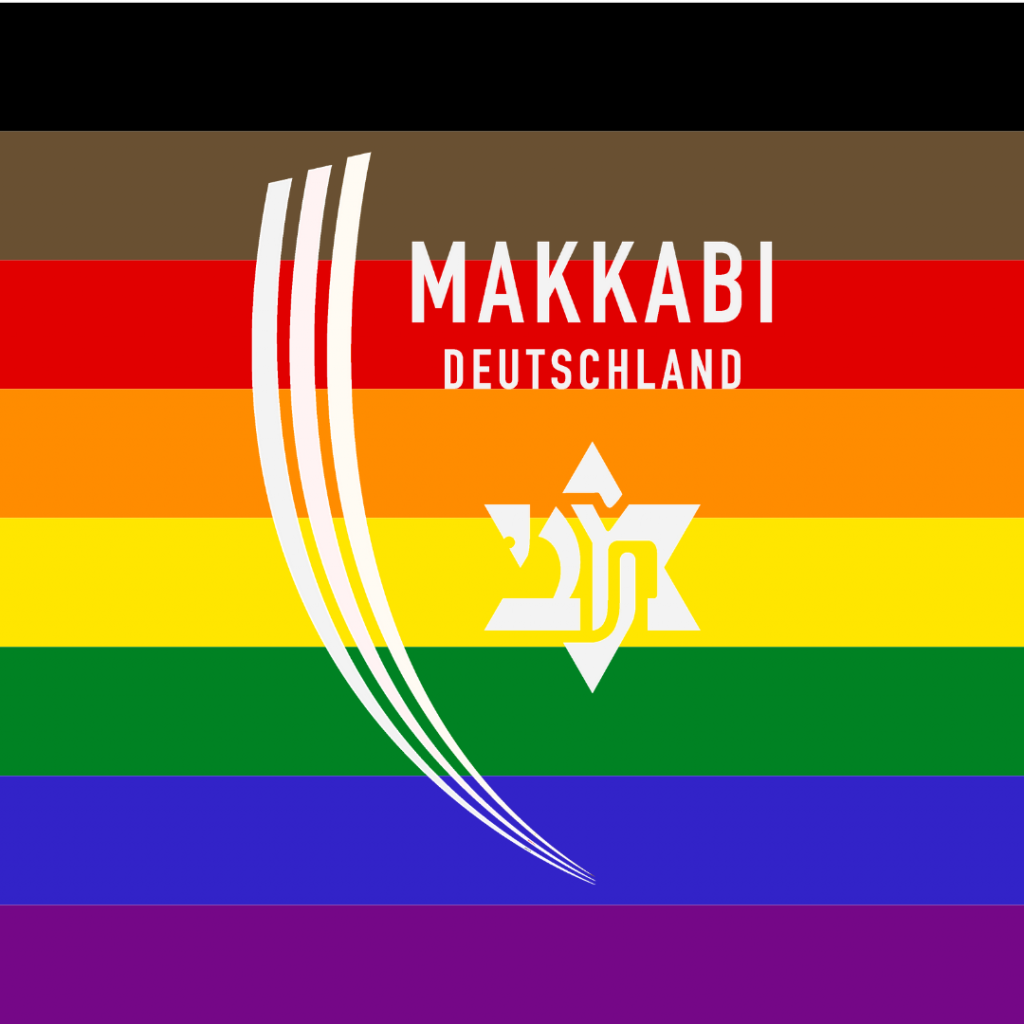 For this year's Diversity Day, our President Alon Meyer was a guest on Sky. The conversation with moderator Albert Staudt was about our project Together1, the effects of violence in the Middle East on Jews and Jewish institutions in Germany, and how to deal properly with anti-Semitism at all levels of organized sport. Alon's message: “We […]

Anti-Semitic incidents at demonstrations - MAKKABI is not silent 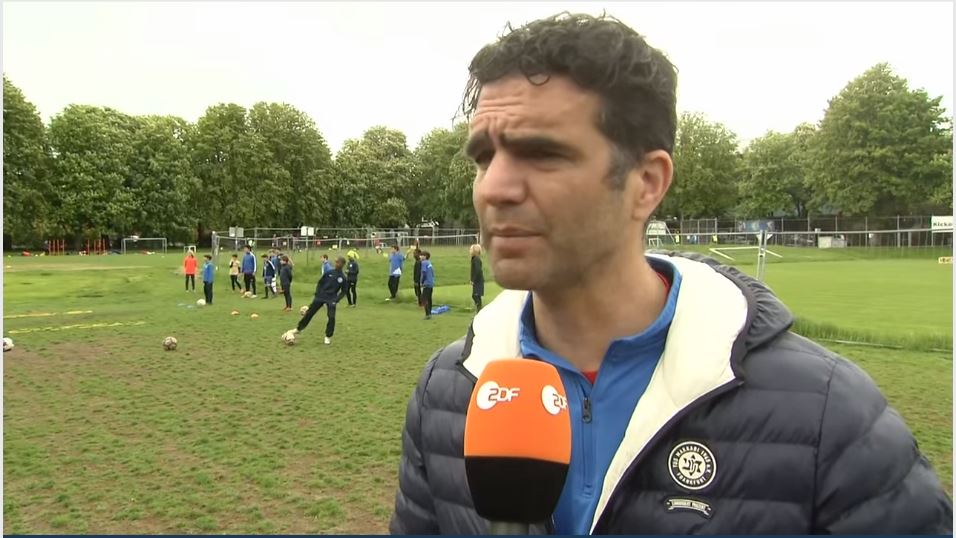 In the past few days there have been repeated anti-Semitic incidents at pro-Palestinian demonstrations across Germany. Our MAKKABI President Alon Meyer took a stand on ZDF today. Watch the full clip from the show here. Amidst the hatred, however, there was also a lot of support for Israel, such as the peaceful demo at […]

By bike through Jewish Hamburg 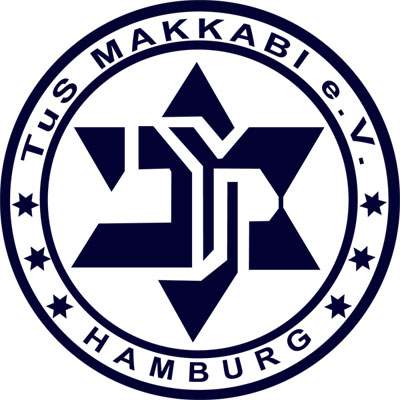 Statement on current events in the DFB Presidium 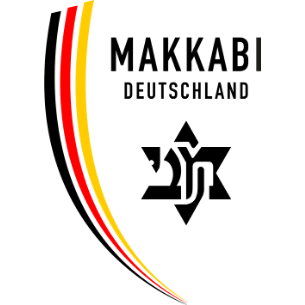 MAKKABI Germany has maintained a close and trusting partnership with the German Football Association (DFB) for many years, particularly with regard to combating anti-Semitic and xenophobic attacks in football and the presentation of positive diversity in sport. At the beginning of this year z. For example, the recognition of the International Holocaust Remembrance Alliance (IHRA) definition of anti-Semitism by the DFB quickly […]