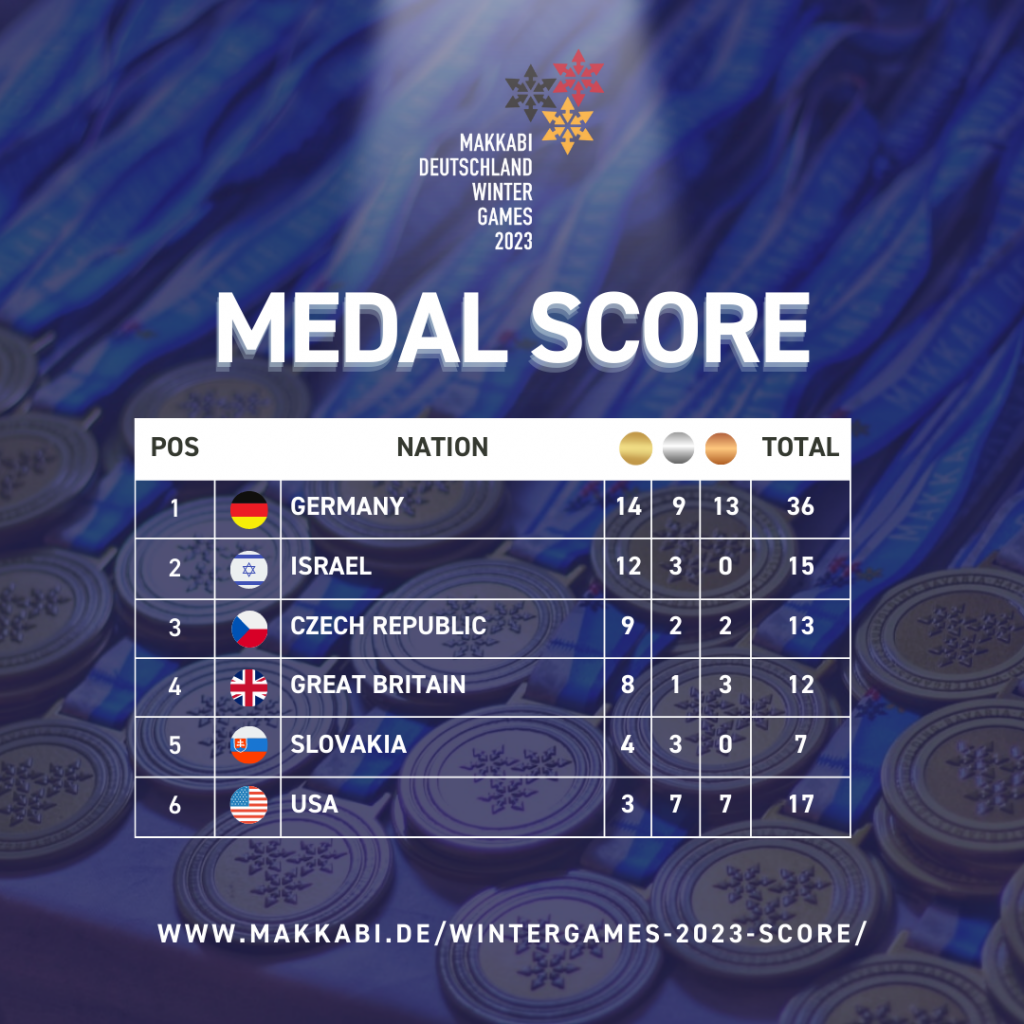 In the current issue of the Jüdische Allgemeine, Alon Meyer (President of MAKKABI Germany) comments on the successful MAKKABI Germany WinterGames 2023: “Yet Maccabi means so much more than sport: We have enabled encounters between Maccabees from almost 20 countries and five continents, and we have learned from one another and celebrated a very special Shabbat together. We have shown that […] 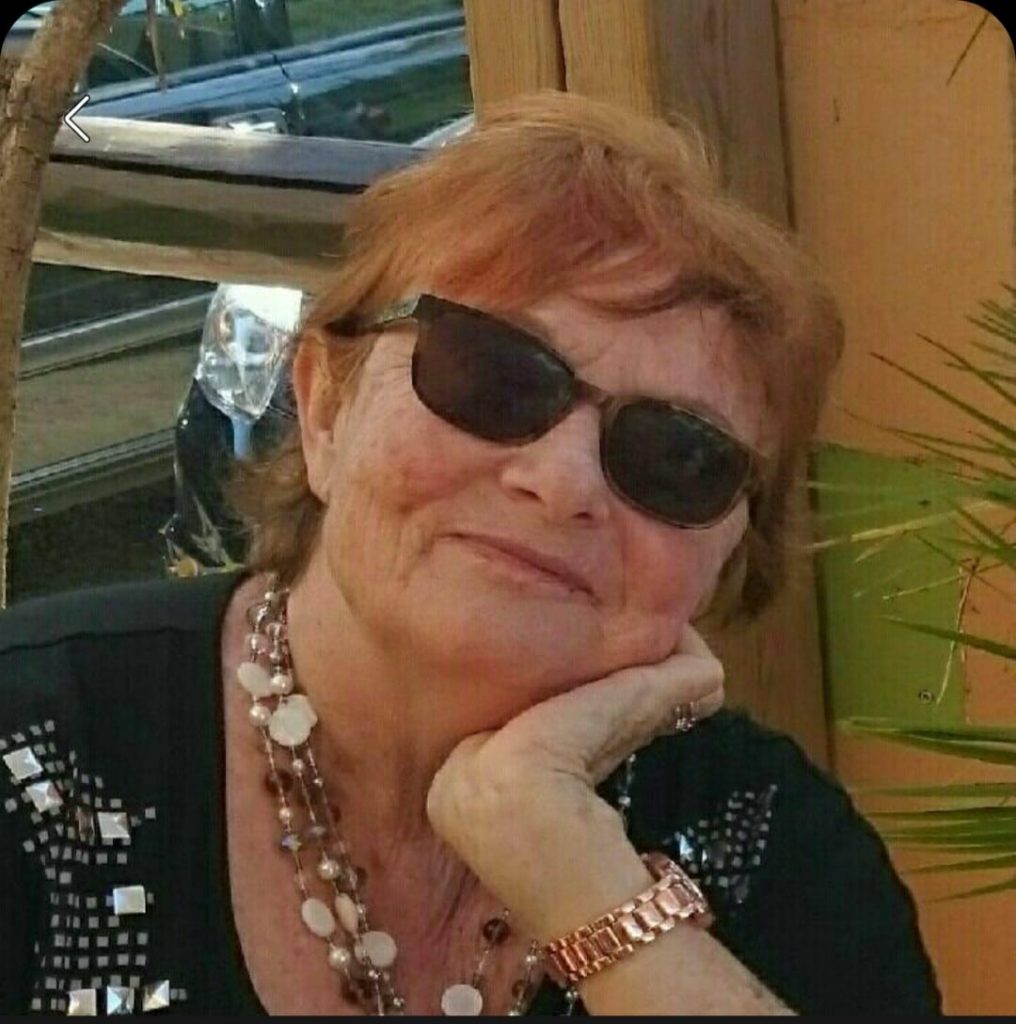 Born October 09.10.1942, 10.12.2022, ( Buenos Aires ) recalled December 2015, 22, ( Berlin ) Karin (née Offenberg) followed our path at Makkabi Germany. The starting point was the EMG XNUMX in Berlin, where she took the opening in the Waldbühne with her and she experienced this big evening enthusiastically and happily. Most recently she was closely following the Maccabiah XNUMX in Israel and we […]

On November 13, 2022, youth players and supporters of TuS Makkabi Berlin eV were attacked in an anti-Semitic manner at a soccer game against CFC Hertha 06. Unfortunately, the incidents are not isolated cases: Jewish sports clubs are repeatedly affected by insults and open hatred by players, supervisors or spectators. In the aftermath of the events, together with our prevention project Together1, a […] 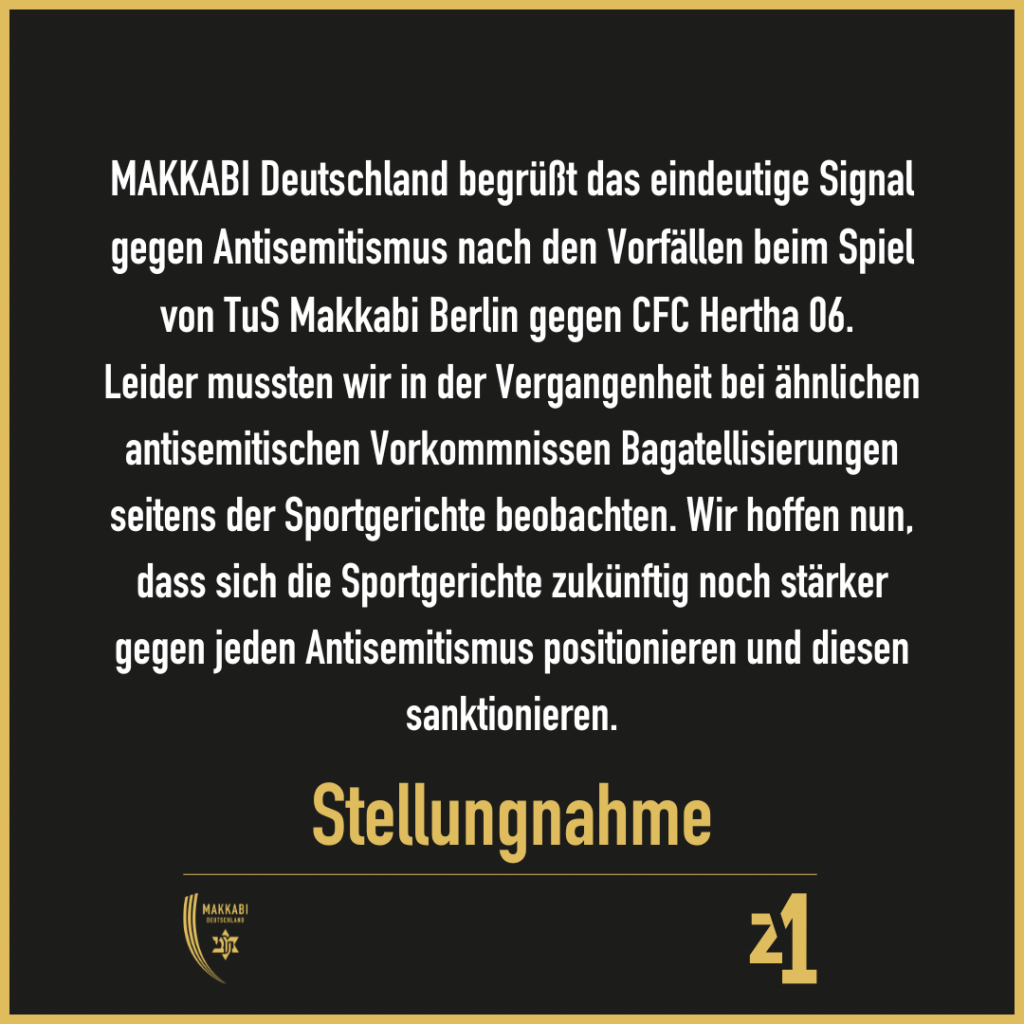 On November 13, 2022, supporters of TuS Makkabi Berlin were attacked with anti-Semitism at a soccer game against CFC Hertha 06. Unfortunately, the incidents are not isolated cases: Jewish sports clubs are repeatedly affected by insults and open hatred by players, supervisors or spectators. During the district league game, a Hertha 06 player threatened to set fire to an Israel flag and [...] An encounter with Holocaust and Olympic assassination survivor Shaul Ladany on the occasion of the anniversary of the November pogrom night Next week marks the 09.11.1938th anniversary of the Reich pogrom night of November 84th, 9. The National Socialists murdered at least 10 Jews on the night of November 400th to XNUMXth alone. More than half of the synagogues in Germany were burned down during the Reichspogromnacht […] 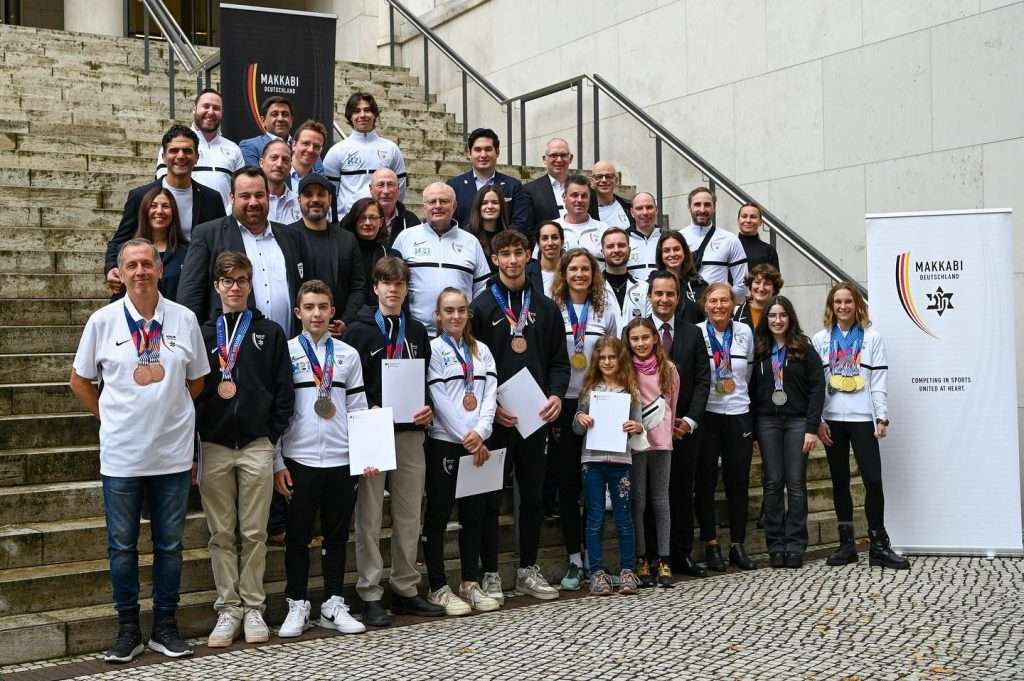 On Friday, October 21.10.2022, 21, Parliamentary State Secretary Mahmut Özdemir received MAKKABI Germany at the Federal Ministry of the Interior and Homeland to thank the German-Jewish Sports Association for the medal success and the successful representation of the Federal Republic of Germany at the XNUMXst Maccabiah in Israel. The focus was on the honoring of the medal winners by PSt Özdemir, who […] 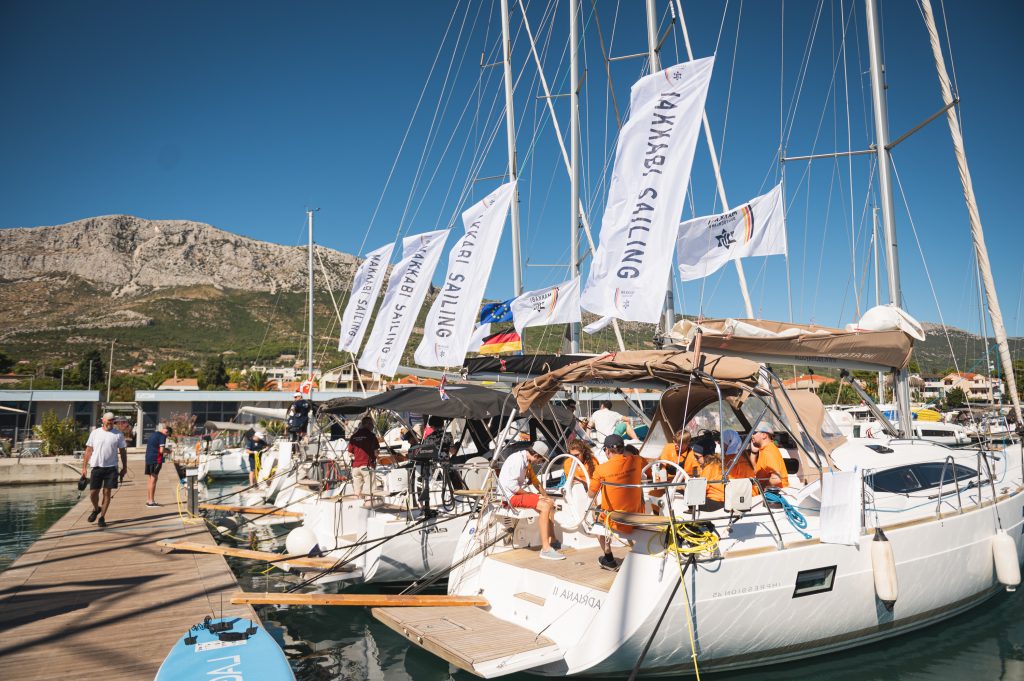 After the first successful MAKKABI Sailing Week last year, from 17.09. until September 24.09.2022th, 14 in the second round. With 120 boats and over 8 sailors from XNUMX countries, MAKKABI Germany conquered the Dalmatian sailing area along the Croatian Mediterranean coast. In addition to Jewishness and community, sailing was promoted as a sport and lifestyle and in this way […]

Human rights should not only be discussed at the men's FIFA World Cup Qatar 2022. In view of the ongoing debates about human rights in Qatar, the Stakeholder Initiative 2024 is now going public with a website and working materials on the topic for the upcoming tournament in Germany. The conference of the German Football Association (DFB) on September 19, 2022 on human rights […]

MACCABI COMMITMENTS TO THE VICTIMS OF THE OLYMPIC ATTACK 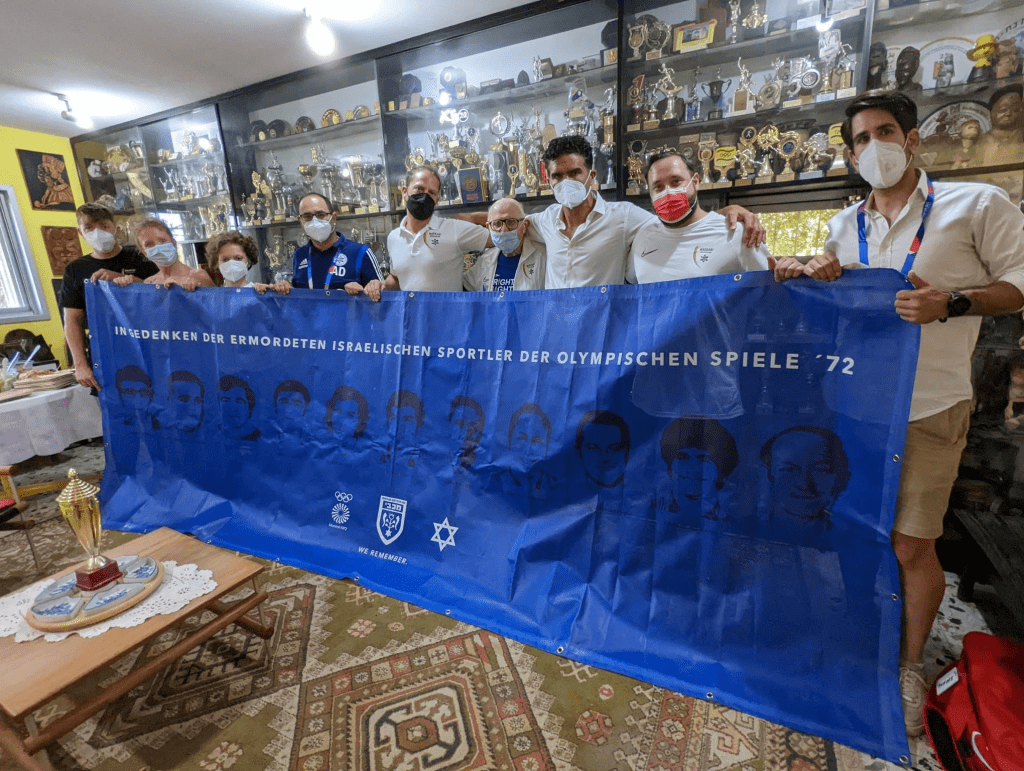 MAKKABI MEMORIES THE VICTIMS OF THE OLYMPIC ATTACK Today marks the anniversary of the terrible Olympic attack in which eleven athletes from the Israeli Olympic team and a Munich police officer were murdered. At that time, the state made big mistakes: the authorities failed to create a security concept for the "cheerful games". The attempted rescue of hostages ended in disaster & after the attack […]